I don’t know if you’ve put up your Christmas Tree yet, or even if you bother to have one. What we do know is that it's a Special time of Year and a chance to share the gift of giving.

We were sent this email and it really made us stop, think and reflect about the magic of the Season. Hope you enjoy the pictures and the meaning of “12 Days of Christmas” at the end.

There is one Christmas Carol that has always baffled me. What in the world do leaping lords, French hens, swimming swans, and especially the partridge who won't come out of the pear tree have to do with Christmas?

This week, we found out. From 1558 until 1829, Roman Catholics in England were not permitted to practice their faith openly. Someone during that era wrote this carol as a catechism song for young Catholics.

It has two levels of meaning: the surface meaning plus a hidden meaning known only to members of their church. Each element in the carol has a code word for a religious reality which the children could remember.

So there is your history for today. This knowledge was shared with me and we found it interesting and enlightening and now we know how that strange song became a Christmas Carol...so pass it on if you wish 'Merry (Twelve Days of) Christmas to Everyone! 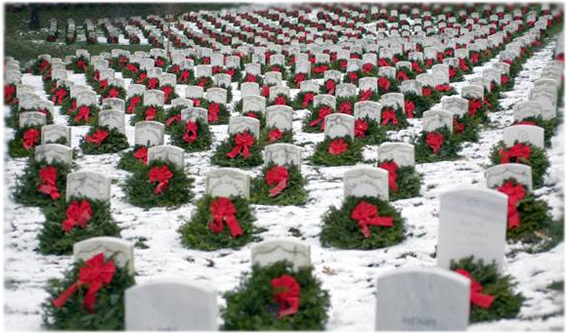 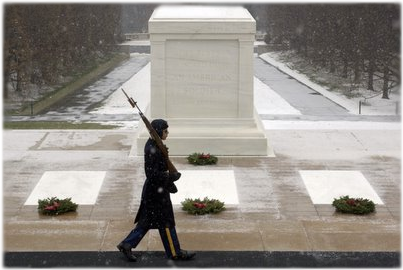 You may be interested to know that these wreaths - some 5,000 - are donated by the Worcester Wreath Co. of Harrington, Maine. The owner, Merrill Worcester, not only provides the wreaths, but covers the trucking expense as well.

He's done this since 1992. A wonderful guy! Also, most years, groups of Maine school kids combine an educational trip to DC with this event to help out. Making this even more remarkable is the fact that Harrington is in one the poorest parts of the state.

We hope you and your family have a wonderful Christmas with memories that you will cherish for many years to come!

Maintaining your dental health helps boost your immune system by reducing virus-spreading bacteria in your mouth. Teeth cleanings also help prevent gum disease, which can lower your ability to fight other infections & increase your risk for respiratory disease.

Call today for your immune-boosting cleaning!

You have Successfully Subscribed!